How the time has flown! It seems like just yesterday that Hoges starred in a budget film that became a runaway success, not only in America – the audience it was aimed at – but throughout the world.

‘Crocodile Dundee’ was the second highest grossing film in the United States that year – 1986 – and became a worldwide box-office hit. For his role as the likeable and unflappable bushman, Mick Dundee, Paul Hogan won a Golden Globe best actor award. 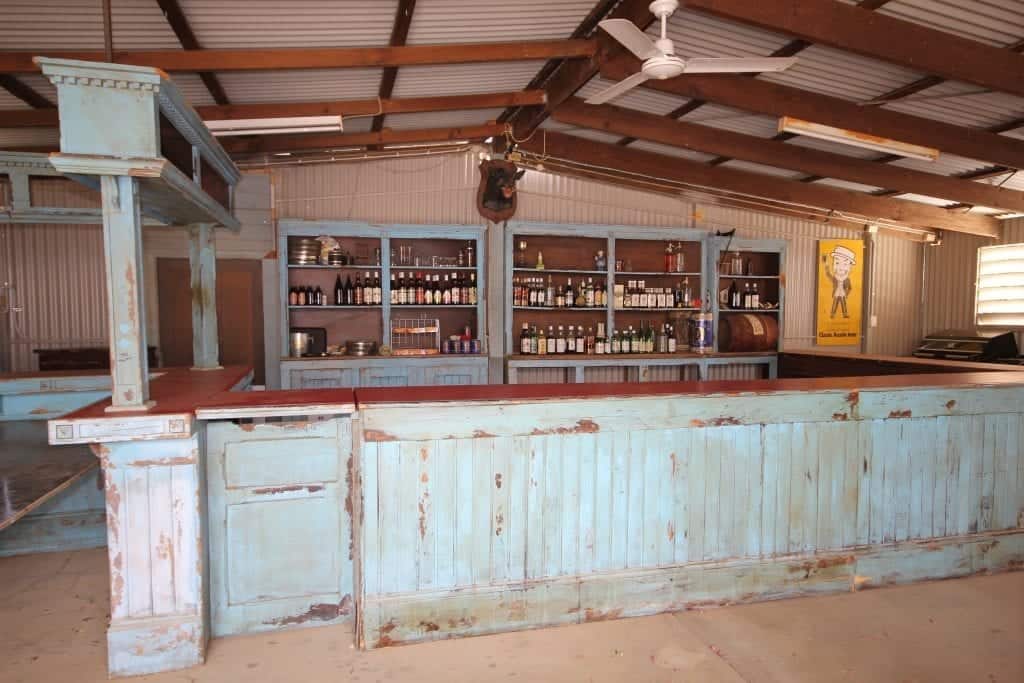 The film was set in the Australian outback and in New York. And it has to be said, even with multiple viewings over the years, the Aussie part has never lost its appeal for Croc Dundee fans and perhaps that’s because there was more than just a touch of authenticity about it. At least, the Walkabout Creek Hotel was a real hotel in the real Australian outback (even though the movie’s surrounding countryside was actually Kakadu National Park). It was just not in the Northern Territory (a bit of writer’s licence crept in there!), but in the tiny township of McKinlay, Queensland. And the rest, as they say, is history.

McKinlay returned to normal and the Walkabout Hotel went back its daily trade, without the antics of bumbling Wally, the beer-balancing Donk and the laidback, friendly Mick Dundee but with a new name in honour of its place in the film.

This year, everything Dundee is new again, for McKinlay is celebrating the 30th anniversary of the film’s release with a street party in April. The original movie set has been given to them by the film’s producer John Cornell, and you can’t get much more authentic than that! Apparently the set was all packed up after the second movie, but the set and all the props are back in town! The set will be placed in the beergarden and the other things that have been collected will also be in plain sight, like the Never Never Safaris truck that was in the movie. 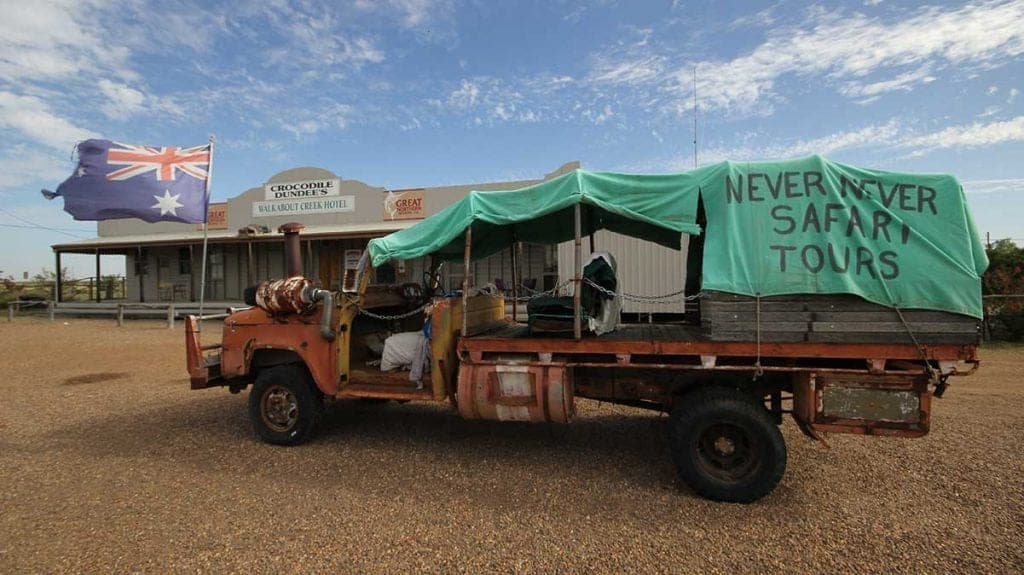 The Walkabout Creek Hotel was first named the Federal Hotel back in 1900 but the funny thing is that it has definitely lived up to its current name and has gone walkabout at least once! The pub was moved to a site fronting the Matilda Highway in 1996 and is now a welcome stopping spot for travellers and local stockmen alike. At the age of 112, the pub is as popular as it has ever been.

Counter lunches and dinners are served seven days during the busy period from March to September and you can also book accommodation there.

McKinlay was discovered by the famed explorer John McKinlay during his great 1862 transcontinental droving feat when he travelled from Adelaide to the Gulf of Carpentaria looking for missing explorers Burke and Wills. He named many mountains and rivers as he travelled this way with his party of horses, cattle, camels and sheep. He named McKinlay River, and the small town that was established nearby took its name. John McKinlay is still remembered 150-plus years later and visitors can tap into that early history by visiting the John McKinlay statue across from Centenary Park. The storyboards at the park share some historical information of interest.

Wander around the cemetery’s old gravestones. See the old schoolhouse and take a photo of the metal tree outside – the art represents the four roads from McKinlay. A playground is nearby, if you have children who need to burn off excess energy.

If you’re in McKinlay on a Thursday between 11.30am and 3.30pm, step inside Queensland’s smallest public library, which is in Middleton Street. Despite its diminutive size, the McKinlay Library houses an astonishing range of books.

McKinlay has just one race day a year, and the truth is, it’s worth waiting a whole year for it! The quality of the racing and the prizemoney for everything from the races to the fashions in the field is incredible.

Yet for the locals, it’s as much about community, family fun and great entertainment as it is about horse racing. The six-race program in June will feature $70,000 prizemoney, local and interstate betting. The racetrack is fully accredited and the facilities are amazing. A full bar and catering facilities operate during the event. Big prizemoney also goes with the fashions in the field, with $8,000 cash and prizes shared in five categories.

And you couldn’t get a better day for children, with jumping castle, face painting, movie theatre, sack races and games. There’s even a gyrocopter lolly drop. The entertainment goes until late in the evening with a band.

Visitors who are coming to the races can camp for free at the racecourse – a couple of days before and after, if they want.

At the Creek Visitor Information Centre