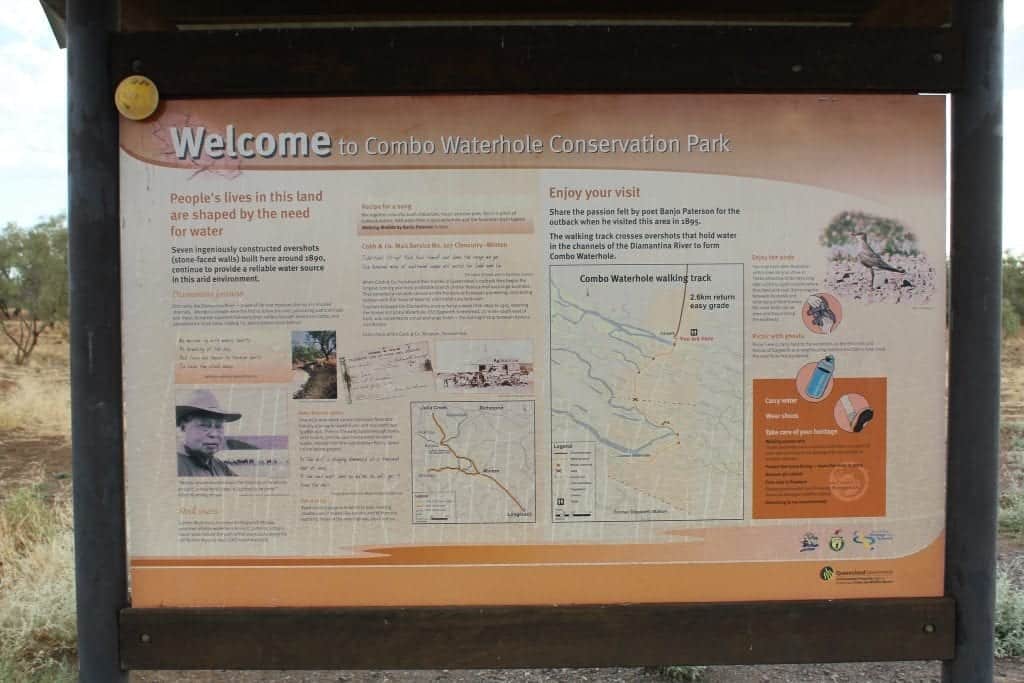 Kynuna is slap bang in the middle of Waltzing Matilda history. For such a little place, it certainly packs a poetic, historic punch. So you definitely don’t want to drive straight through.

Soak in the Atmosphere

Make it your home for a night and get a feeling for the region that inspired the verse which has been loved by Australians ever since Andrew Barton ‘Banjo’ Paterson wrote it in 1895. 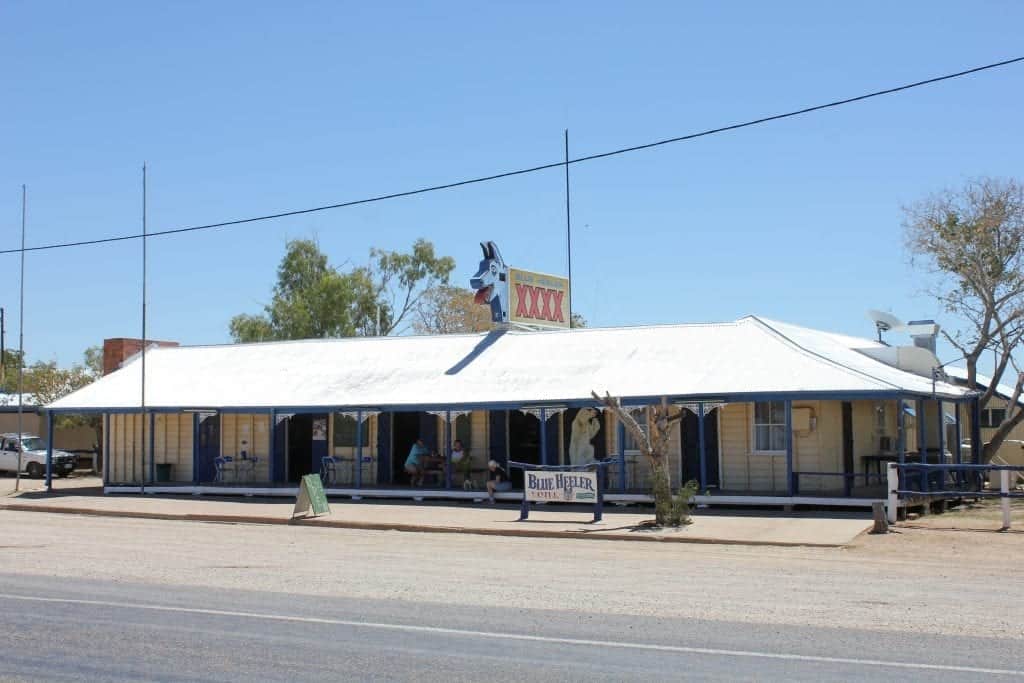 The poet, as well as the swagman and the squatter about whom he wrote, were all known to have visited the Blue Heeler Hotel, which was only a couple of years old at the time.

To soak in the atmosphere of the district, visit Combo Waterhole Conservation Park, which is just 16km east of Kynuna (dry weather access only). See the overshot dams built by hand by Chinese labourers in the early 1880s. The precision of the work and the technical excellence means they have survived to this day. A 2.5km return track to the waterhole takes you through mitchell grass and beside the Diamantina River. Birdwatching opportunities abound. You might see Australian pranticoles, weebills, rainbow bee-eaters, spotted harriers and sacred kingfishers.

Although you’re not allowed to camp at the park, you can take the opportunity to have a picnic under the shade of a coolibah tree.

While there is a monument celebrating its links to Waltzing Matilda at the entrance of the park, Combo Waterhole is almost certainly not the billabong featured in Banjo Paterson’s poem, which was based on an event that happened during the Shearers’ Strike. The ‘Swagman’s Billabong’ is just 1.8km east of Kynuna and is believed to be where Samuel Hoffmeister committed suicide in 1894 by shooting – not drowning. The oldest and shadiest coolibah trees are in the middle of this tiny billabong (only 150 by 15 metres), so when a man wanted to boil his billy in the shade, he would have to be in, rather than by, the billabong. This explains Banjo Paterson’s original words, “There once was a swagman camped in a billabong under the shade of a coolibah tree”.

If you have your camping equipment or are towing a caravan, set up for the night at the Kynuna Roadhouse which has a caravan park with 20 powered sites (drive-through) and a camping area. Individual shower and toilets are popular with the guests. A coin-operated laundry is available (the Dexter washing machines are brilliant!) and there is a dump point.

The roadhouse has diesel, unleaded and Vortex fuels (no autogas). The truck drivers love the meals served up in the air-conditioned restaurant—they call it Mum’s cooking! One of the popular meals is steak with chips, vegies, gravy and a bit of bread and butter— no fancy stuff here – just good honest food. The roadhouse also has icecreams, drinks and a whole fridge dedicated to chocolates. The in-house licence means you can have a beer or a glass of wine with your meal. The roadhouse has an ATM and EFTPOS is available. Because this is out in the sticks, there’s back-up water and a generator system for those times when the power goes out.

Kynuna is not a big place. With just two businesses and a population of 20 people, it’s pretty tiny in the grand scale of things. But Waltzing Matilda has cemented itself in the Australian psyche and Kynuna is very close to the spot where our unofficial anthem was penned, so you should definitely raise a glass while you’re there to salute this little town’s place in our history.

At the Creek Visitor Information Centre 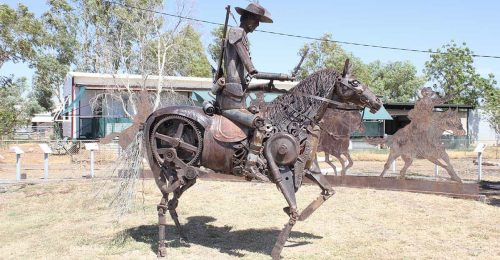 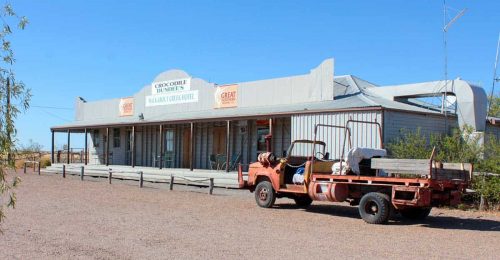 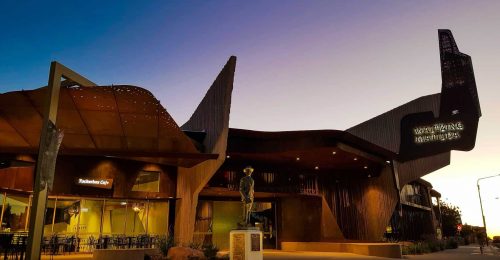