Gold fever once gripped this land and while it’s true that to this day people still find gold here, the real wealth of this region is its many natural beauties.

Gold was discovered at Gilberton Field, but it was quickly replaced by other goldfields. The town of Georgetown was first settled in 1870 and was then named Etheridge. The shire – which retains the town’s original name – also features spectacular gorges, golden savannah lands, Cobb and Co history and railway lines which are unique in the world.

Georgetown is the administrative centre of this fascinating shire and is accessible along the fully sealed Gulf Development Road, known as the Savannah Way. A major attraction is TerrEstrial, which incorporates the Ted Elliott Mineral Collection, a fully accredited tourist information centre, internet café, library and an art display. The TerrEstrial Centre has won a number of awards since its inception and should be your first stop in Georgetown. (TerrEstrial is also a Centrelink Access Point, which is handy to know.) The whole complex is of interest, including the exterior. For instance, the courtyard pebbles are of glacial origin and the slate contains fossil-like patterns!

It is open from 8.00am to 5.00pm seven days from April to September (Monday to Friday other months).

The Ted Elliott Mineral Collection is considered the most comprehensive privately owned collection in Australia and has more than 4500 specimens. It is presented in nine themed rooms including one on the Etheridge region featuring agates from Agate Creek and petrified wood from Mount Surprise.

There are also displays of gold and precious minerals, fluorescent minerals, overseas minerals and a room showing how minerals can be polished to great effect in the display named ‘Rough to Smooth’.

Places of historical interest in town include Savannah House, originally a residence for the mining warden of the district. In Greens Park on the eastern entrance to town is Nugent’s Battery, a five-head stamp battery. The Etheridge Shire Hall, in St George Street, dates back to 1908.

While in the region, visit the remnants of Cumberland Mine about 20km west of Georgetown. A chimney stands as a lone relic from the crushing plant that was built by Cornish miners. For bird lovers, this is a particularly good area for some bird appreciation. Bird signage aids visitors in the identification of birds they see.

If prospecting is your thing and you have a little gold fever, Flat Creek Station is less than an hour from town, although you need to check with the Mining Registrar at the Georgetown Courthouse or at the TerrEstrial Centre for information regarding regulations and licensing requirements.

Among the designated fossicking areas in the region are Agate Creek, O’Brien’s Creek and Moonstone. Agate Creek is famous for its world class agates in beautiful colours – call in to Cobbold Gorge for accommodation and a tour while you’re in the vicinity. At O’Brien’s Creek, fossick for topaz, citrine, beryl and aquamarines. 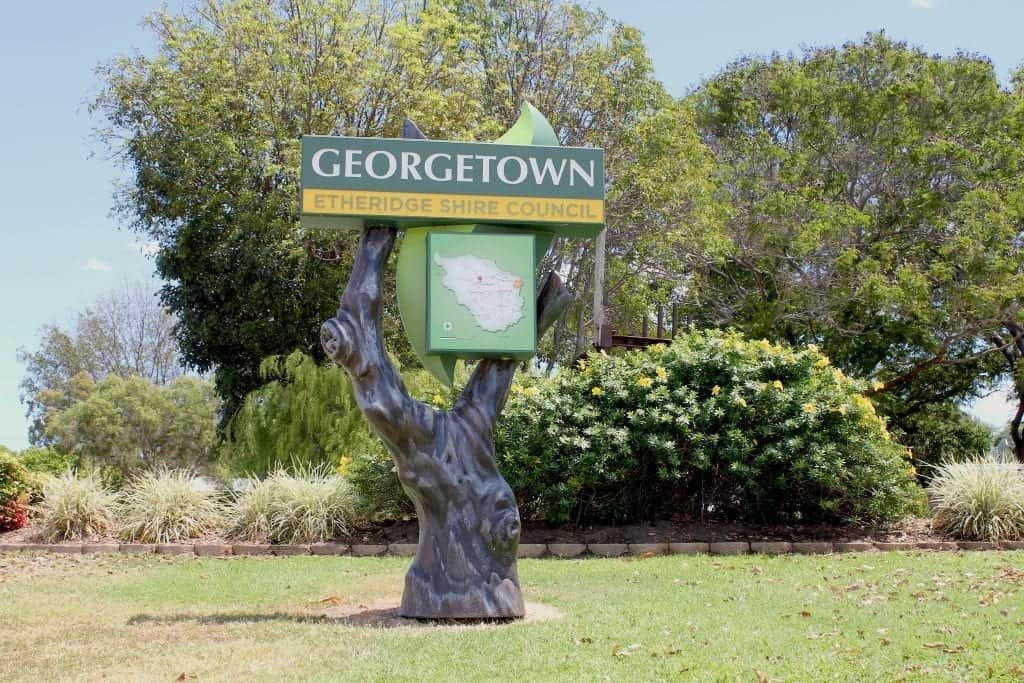 Back in Georgetown, take a walk to stretch your legs and gain an appreciation of some of the birds in the area. The walking track winds right around town. It goes along the banks of the river, across the top of town and down the banks of Sandy Creek all the way to the golf club. Various gates have been set up so you can leave the trail and walk back to town if you don’t want to do the entire 6km circuit. There are spots with tables and benches along the way, too. You can also start your walk from any of the gates, including the one near the information centre. Don’t forget to pick up a birdlist from the information centre before setting off.

Georgetown’s facilities include a golf course, tennis court, free entry pool in Greens Park (you need to pick up a token for the gate), Heritage Park with free electric barbecues, shaded tables and children’s playground.

A good business to drop into while you’re in town is the Georgetown Roadhouse, which is one of those places that stocks nearly everything. The range of fuels includes autogas. While you’re there, appease your hunger with a snack or meal from the diner, stock up on supermarket items, buy hardware supplies, use the licensed post office and do your banking at the Bendigo Bank Agency. The roadhouse is also the depot for the Trans North Bus Service and a freight service.

With so many attractions in and around Georgetown, it is well worth spending some time here. Set in over seven acres of natural bushland gardens and sweeping lawns, the Latara Resort Motel provides a relaxing and beautiful place to stay. 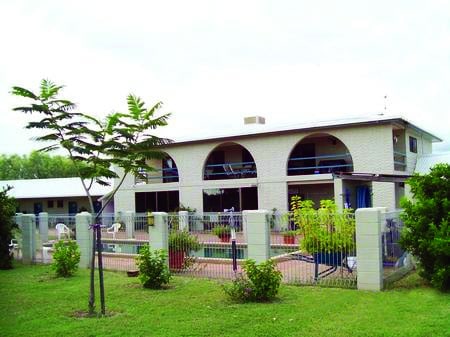 Latara is the only motel in Georgetown and offers all the modern conveniences including air-conditioned rooms, guest laundry, saltwater swimming pool, barbecue area, room service and a fully licensed restaurant.

Pack your sense of adventure into a high clearance vehicle and set off for the 950km journey known as the Explorers’ Loop, with its spectacular sights and fascinating history.

Those who travel the entire loop will see the world class eco-tourist site of the Undara Lava Tubes, the quiet beauty of the Cobbold Gorge, Copperfield Gorge and fossicking areas including O’Briens Creek and Agate Creek. You’ll find historical towns among the incredibly diverse scenery … Georgetown, Forsayth, Mount Surprise, Einasleigh and Kidston.