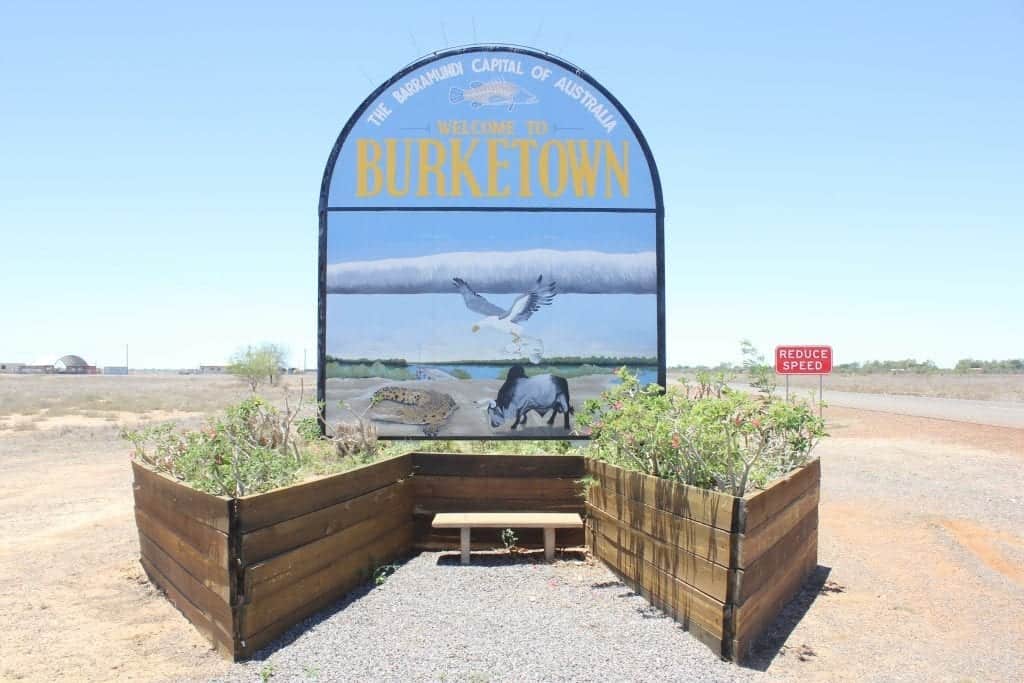 Perhaps it’s the relative isolation of the area or the feeling you get while driving through the region that the bushland looks much the same as it must have done hundreds of years ago, but there’s something about the Burke Shire that makes it easy to imagine this land when brave pioneers ventured far from home to settle here. The land seems imbued with the spirit of both the original inhabitants and those intrepid trailblazers and the early history of the area has an allure that can be missing in more populated areas.

And you know that song that everywhere you go, you always take the weather with you? Well, up here on the doorstep of the Gulf of Carpentaria you could be lucky enough to be here at the right time to see a very rare weather phenomenon, known as the Morning Glory. And we can virtually guarantee that you won’t have ever seen anything like it! This unique cloud formation rolls across the sky in a distinctive tubular shape in spring. The cloud phenomenon can reach up to 1000km in length and the Burke Shire is one of only two places in the world where it is known to occur on a frequent basis. 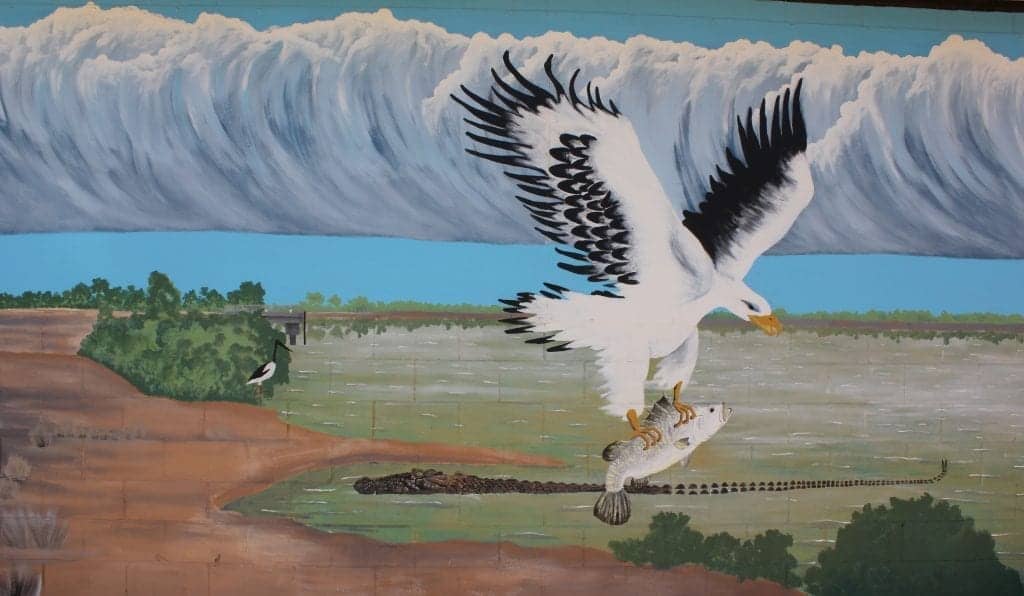 For years, gliders have surfed the Morning Glory at every opportunity. It even has its own documentary, Rob Thompson’s Morning Glory, which follows the placing of meteorological instruments in remote Gulf areas and the exploits of hang-gliders as they take on the largest dynamic wave in the world.

If stories of people surfing on clouds give you the notion that this is a land of adventure, you’d be right! But it’s also a place where you can relax thoroughly. Many visitors love the lifestyle on the southern shores of the Gulf of Carpentaria so much that they stay an extra day or two – after all, what you can’t fit into today, you can always do tomorrow. Some people enjoy it so much that they stay for months! Maybe it’s something to do with the great fishing …

Accommodation is easy to organise. At Savannah Lodge, fully self-contained villas are available for your stay. You can also enquire through the Lodge about scenic flights that can be taken over Burketown or further away to Sweers Island, Boodjamulla National Park (formerly known as Lawn Hill) or even Boulia.

The Burketown Caravan Park offers air-conditioned cabins and spacious sites, along with a big camp kitchen and a kiosk.

The Burketown Convenience Store and Post Office is the hub of Burketown.  The convenience store part of the business has built up over the past decade or so and has meat, fresh fruit and vegetables, frozen goods, bread, grocery lines as well as fuel cans, souvenirs, a bit of electrical gear, clothes, DVDs, mobile phones, extra cables, hard drives and USB sticks! You have to expect the unexpected when it’s the town’s only grocery store.

Dine at the Morning Glory Restaurant, which is open seven days during the main visitor season and has a café section as well. The Asian-style cuisine is excellent!  Adjoining the restaurant is the Savannah Bakery and Butcher which is developing a well-earned reputation for the best pies around.  The barra pie is the standout, but they also offer their specialised Roadkill selection and the bread doesn’t come any fresher being baked daily.

The Burketown Pub is the town’s unofficial headquarters and the perfect place for some good pub grub and a drink. You’ll be pleasantly surprised at the choice of tipples here, with a sophisticated wine cellar and 18 varieties of beer. The pub also has accommodation.

Burketown is the administrative centre of the Burke Shire. A couple of years ago now, the new town hall opened its doors and holds musical, comedy and theatrical events periodically throughout the year, so make sure your keep an eye out for any adverts.

The town is 25km from the coastline of the Gulf of Carpentaria and is situated on the Albert River. It forms the meeting place of wetlands and savannah grasslands. The wetlands to the north are the breeding grounds of crocodiles, prawns, birds and one of Australia’s favourite eating fish, the barramundi. Fauna of the savannah area includes birdlife, kangaroos and emus.

Do some fishing at the Albert River. This region is a real barramundi headquarters when the weather is warm, but during the main visitor season you might catch salmon, jew, grunter, cod or queen fish. You might spot a crocodile too. Take care, as this region has two species of crocodiles – the relatively harmless freshwater crocodile and the dangerous saltwater croc.

While you’re in Burketown why not take a full-day or a half-half fishing charter with Yagurli Tours?  Or perhaps you just want to relax and unwind with a river sightseeing tour on Yagurli’s new custom-built vessel.  They also offer cultural and historical 4WD tag-along tours and for something really different a star-gazing tour with a cultural twist!

The Nicholson River is a freshwater river. It merges with the Gregory River just north of the Tirrana Springs Roadhouse and meanders through mangrove-lined banks and miles of saltpans to the Gulf of Carpentaria as you follow it north. This region is known for its huge salt flats, some of which are 130 square kilometres in area. It is Australia’s largest aggregate area of saltpan being in excess of 2,000,000ha in size.  Every wet season this same area becomes Australia’s largest wetland area and provides critical habitat for migratory and nomadic birds of all descriptions.

Boating is an absolute pleasure with the new pontoon provided by the council at the wharf facility.

Wander around to your heart’s content. Learn some of the history of the area by visiting some of the older attractions. Colonial Flat is a significant site in the history of Australia. It is the site of the Landsborough Tree and the depot camp which was set up during the search for missing explorers Burke and Wills. The nearby river is the final resting place of the brig, Firefly, which was used in the search and was one of the first ships ever to have entered the Albert River.

The old town bore is a sight to behold with a century-plus of mineral deposits built up around it from the flowing artesian water. Steaming hot water still comes from the bore and forms a billabong where you’re likely to see a number of birds. If you’re a birdwatcher, birds you might see while you’re in the Burketown region include jabiru, brolgas, stilts, finches, sea eagles and kites and a myriad of migratory shorebird invade annually in time for the wet. 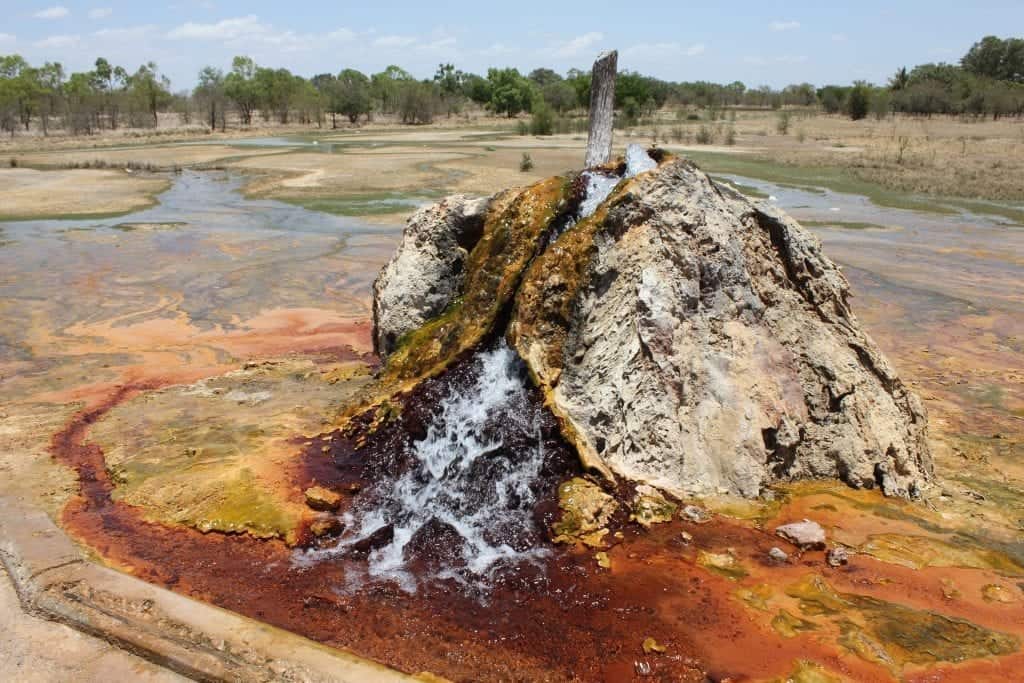 The original meatworks can be seen just north of Burketown. Then visit the cemetery and read the gravestone inscriptions, a stark reminder of the tumultuous early days of the town and the ravaging effect of the Gulf Fever; probably Malaria.

Visit the Frederick Walker Monument just up from the Leichhardt River crossing inside the gates of Floraville Station. Walker’s story included the search for Burke and Wills, accurate mapping skills and surveying an electric telegraph line which was to have gone from Bowen to Burketown.

Aboriginal grinding slits can be seen in the Leighhardt riverbed and nearby is the junction of the river with the Alexandra which also has seasonal waterfalls. This area is rich in fascinating stories of the past, so discover more of the land’s Aboriginal heritage, the tales of explorers and the early days of primary industry while you’re here.

Also part of Burke Shire is the little settlement of Gregory. Take the short drive (it’s bitumen all the way these days) and have a meal and a coldie at the historic Gregory Hotel. The river there is picturesque and perfect for a cooling dip. Council has provided a free low-impact camping area just across from the pub and Council amenities block.

Riversleigh Fossil Fields, Boodjamulla National Park (formerly known as Lawn Hill) and the nearby picturesque accommodation, Adels Grove, are also in the shire. Adels Grove is a Savannah Guide Station and offer a range of tours in the national park and fossil fields.

Every Easter the famed World Barramundi Fishing Championships is held in Burketown. Make plans early so you’re here for the event next year!

Back in Burketown, the Morning Glory Festival is on again this year and will coincide with the Burketown Rodeo and Campdraft and Races. Activities galore are planned this year over the Queen’s Birthday long weekend at the end of September.

Check the council website at www.burke.qld.gov.au for event dates.

Bush camping and superb fishing are now available through a permit system that gives visitors access to Gangalidda Garawa country around Burketown. In a move that simultaneously protects the environment and shares the land with visitors, Gangalidda and Garawa Services now offers access to four camping areas established in the vicinity of Burketownr as well as fishing areas under their control.

Permits for day visits or camping can be purchased online or at the Burketown Visitor Information Centre on the corner of Burke and Musgrave Streets. With a day permit, you need to leave by 8.00pm. All funds raised through the permit system go toward employment opportunities and natural resource management projects for the Gangalidda Garawa. 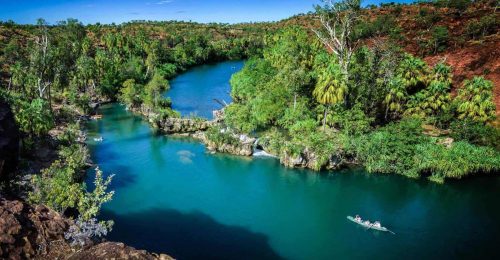 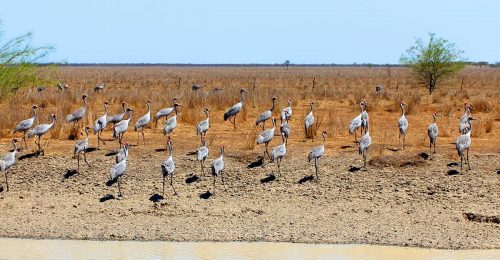 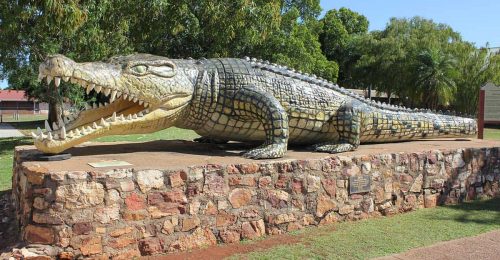