Some of Winton’s biggest attractions are so old they’re positively prehistoric. Dinosaurs and opals come from a similar time frame – around 100 million years ago – and both hail from this region! Winton, long known as part of Queensland’s boulder opal country, now claims the title of the Dinosaur Capital of Australia.

The Australian Age of Dinosaurs Museum

Dinosaurs are big here. The Australian Age of Dinosaurs Museum, 24km east of Winton on the Longreach road, has the world’s largest collection of Australian dinosaur fossils and some of those bones belonged to absolute giants! From bones to footprints, you can also visit the world’s only recorded evidence of a dinosaur stampede at the unique national monument at Lark Quarry Conservation Park 110km southwest of Winton. 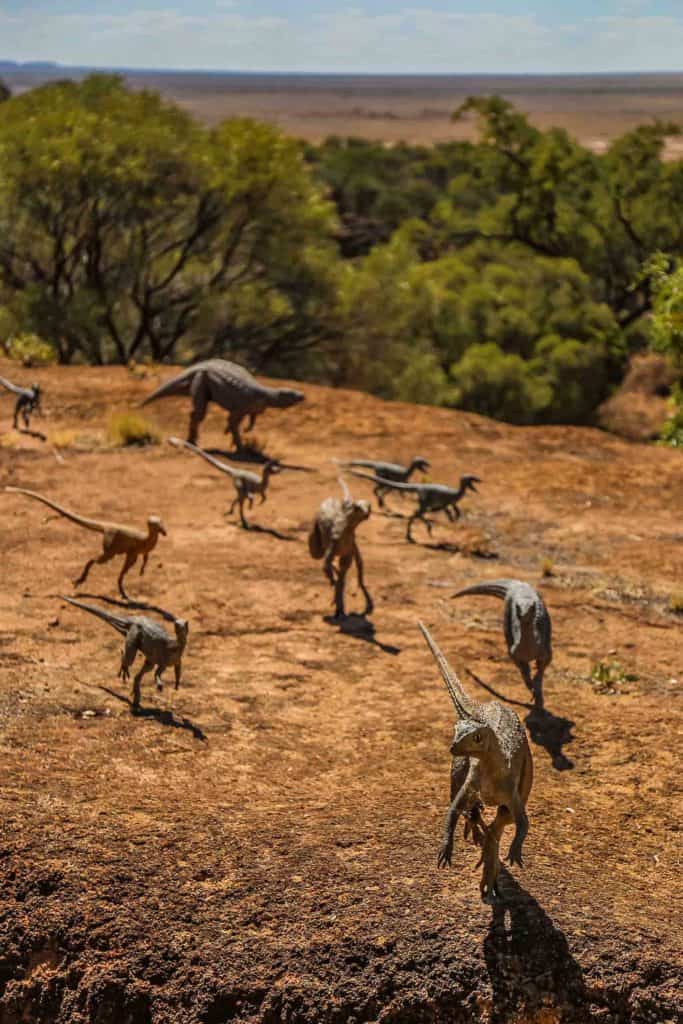 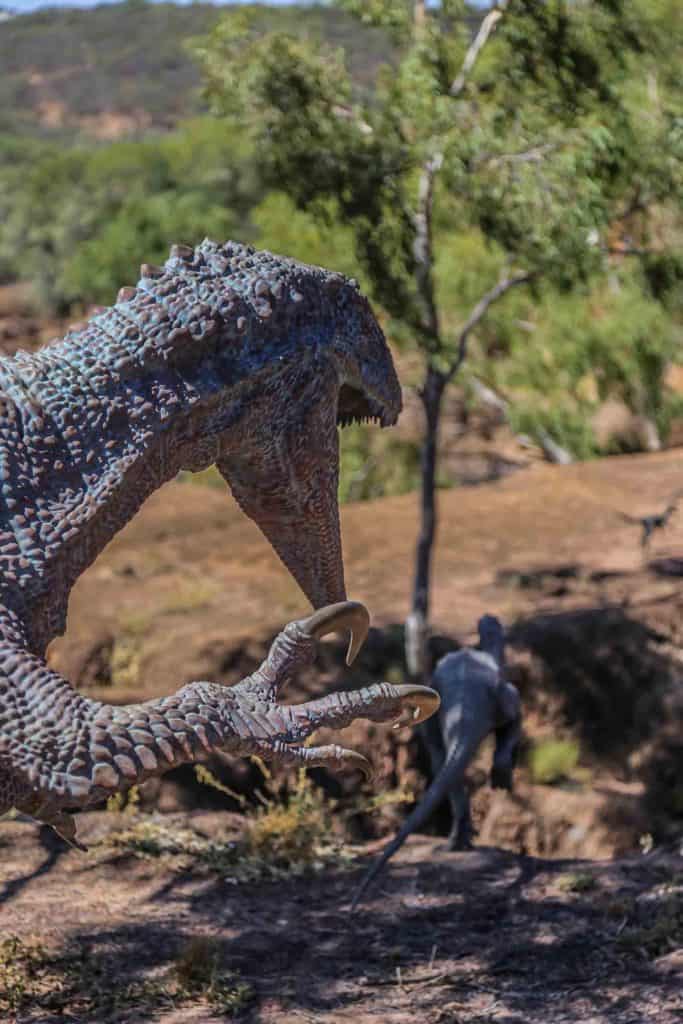 The legend of Waltzing Matilda

More recent history tells stories dear to the hearts of Australia. There’s the legend of Waltzing Matilda, which began when A. B. ‘Banjo’ Paterson penned the ballad at nearby Dagworth Station in 1895. The first public performance of Australia’s national song was at the North Gregory Hotel in Winton in the same year. Several decades later, Winton was the birthplace of QANTAS, with the Winton Club the scene of the first board meeting in 1921, and with one of the original landing fields located just outside of town. Winton also has sculptures and artworks that depict certain events or landscapes.

The award-winning Waltzing Matilda Centre, which opened in April 2018, continues to attract visitors from all over the world. The museum is the first museum in the world dedicated to the memory of a song. Here you can learn about Winton’s contribution to WW1, and interactive displays tell the stories of life in Winton in days gone by. Take a walk through the art gallery and enjoy a coffee and a delicious meal at the cafe. The Centre is open seven days a week 9am to 5pm, and 9am to 3pm on public holidays. 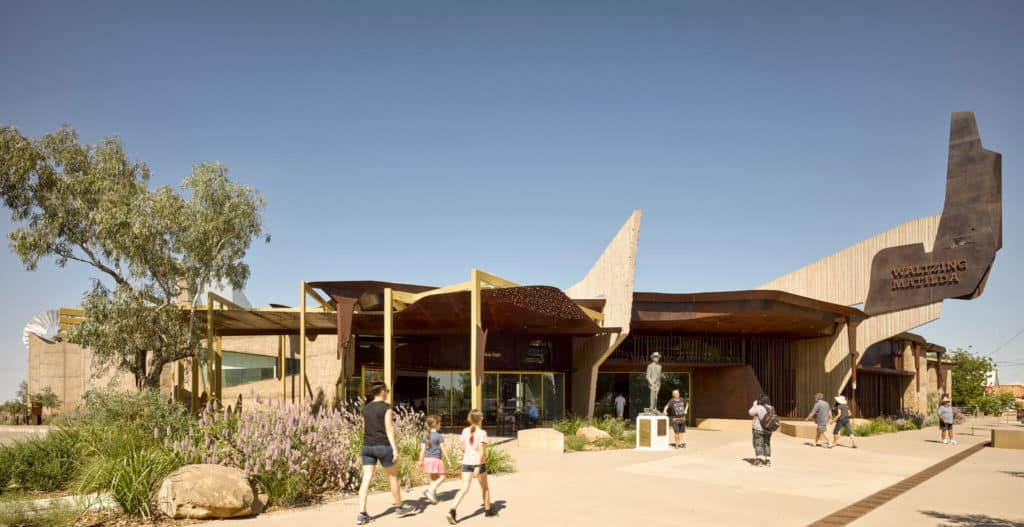 Start your sightseeing right from the visitor centre with the Royal Open Air Theatre and Opal Walk Tour. (There’s a nominal fee.) The opal walk gives a brief introduction to the gemstone of the area and the Royal is an icon of the town. In fact, it’s one of only two original open-air theatres still operating in Australia. It also has the dubious honour of holding the World’s Largest Deck Chair! The theatre has nostalgia nights every Wednesday from April to September with black and white film shorts and slides from yesteryear. The Royal, with its canvas seating and modest appointments, has even become the headquarters for a film festival! This region is loved by the film industry, with several major film productions including “Proposition”, “Mystery Road” and “Goldstone” being filmed here. Talk about the Hollywood of the Outback!

Experience some of Winton’s free attractions. Play a tune on the Musical Fence and get percussive with the junkyard band instruments. Then marvel at the eccentric Arno’s Wall where just about everything can be found … even the kitchen sink! Then take a self-guided walk through the Willie Mar Heritage Site, an authentic piece of Winton history featuring one of the last Chinese market gardens in Queensland.

Drive your own natural adventures in Winton Shire at Bladensburg National Park, located only 7km from Winton. Further off the beaten track are Old Cork, Cawnpore Lookout and Diamantina National Park—or try your luck fossicking for opals at Queensland’s Capital of Boulder Opal, Opalton. The visitor information centre has information on self-drive adventures. You might like to pick up a birdlist while you’re there. 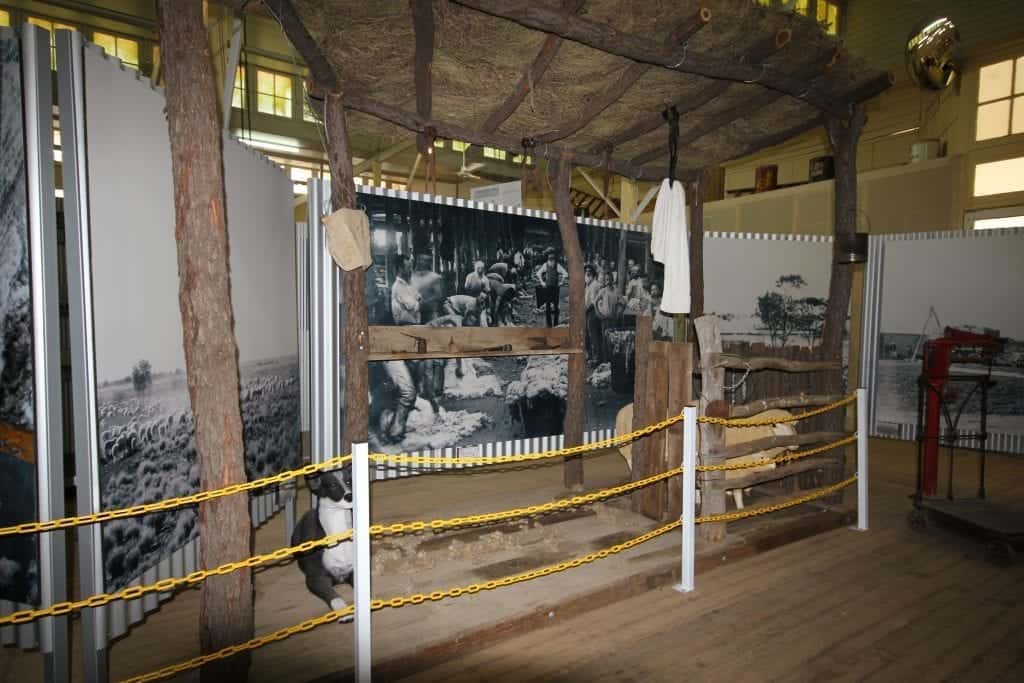 Heritage Listed and therefore historic in its own right, the Corfield and Fitzmaurice building is a keeper of all kinds of history. The Combo Crafts section of the building has free entry and features crafts from all over Australia. It’s a good spot to browse among opal jewellery, silver jewellery, handcrafts and book.

For a small fee, visit the informative displays including a life-sized diorama which features prehistory and the probable story behind 3,300 fossilised dinosaur footprints at the Heritage-Listed Dinosaur Stampede National Monument at Lark Quarry Conservation Park. The Queensland Boulder Opal Association has an interesting display showcasing the local opal industry and another display puts the spotlight on the town and the store in its heyday.