In just about every way possible, Australia’s Stonehenge differs from its famous English counterpart – but the most noticeable difference is undoubtedly the total lack of standing stones at the Aussie address! All the same, there are stones – albeit vastly different in size and orientation. Many years ago, some wag decided to write names using pebbles, and the idea caught on. Nowadays it’s a fully fledged ‘address book’ where town names and people’s names have been written in stones over the years. You might even add your own name for the sake of posterity.

Apparently the settlement got its fanciful name back when the area was a safe crossing area for bullock teams and their drivers. A stone fortress was built for the bullock drivers to overnight in, and when the building fell into ruins, the area became known as Stonehenge.

Situated just off the Thomson Developmental Road, Stonehenge has a population of 40 people. Our Stonehenge has its own claim to fame as one of only three areas in Australia chosen as a base for an over-the-horizon radar defence initiative. While it is a long way inland, Stonehenge is in a perfect position to be a transceiver in a Department of Defence program to guard the coastline. It’s also in the right spot for an earthquake monitoring installation to provide an early warning system for the Pacific Rim, so while the township might only be small, it is in an important geographical area.

The Thomson River is just behind the Stonehenge Hotel and attracts many bird species including corellas, galahs, white cockatoos, spoonbills and wild budgerigars. A weir provides permanent water for people wanting to camp and fish.

The Stonehenge Community Centre is open 20 hours per week (check for opening hours when you arrive). It houses a public library with internet services. The fortnightly RFDS clinic is also held at the Community Centre. See the award-winning arid garden created by locals. 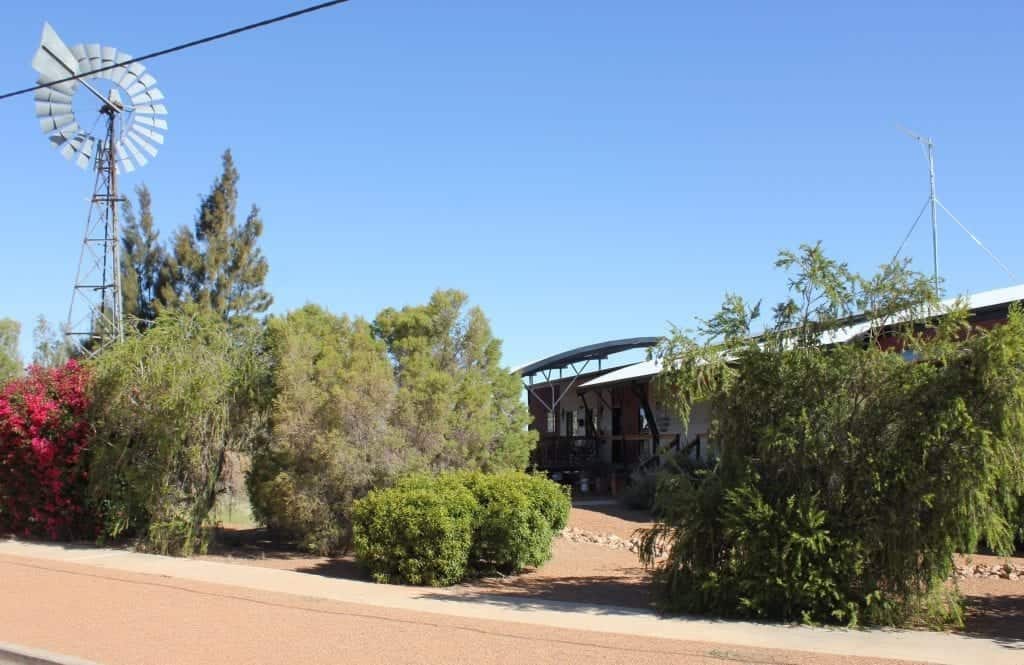 Stonehenge Bronco Branding, Rodeo and Gymkhana is the event of the year for Stonehenge.

Stonehenge is the gateway to the Lochern National Park, 40km away. The park has representative vegetation types for channel country, mulga and Mitchell grass country. There are 16km of vehicle tracks. Camp, fish, explore and do some wildlife spotting. Birdwatching can also be very rewarding as more than 100 species of birds have been recorded here. If you’re keen to see the countryside but not travel quite so far, a great way to appreciate the geographical features of the area is to take the 7km John Egan Pioneer Track, which passes through downs country, scenic hill view country, spectacular erosions and rocky outcrops, a natural spring and a gorge. The trip is named after one of the local identities whose ancestors were early grazing settlers in the area. The actual driving time is only about 20 minutes, but many people take smoko or lunch to eat at the gorge. Set aside about two hours for the trip.

Many come up the Birdsville Track or the Strzelecki Track en route to Longreach. If you are towing a van or have brought your tent, stay a while at the Stonehenge Caravan Park. From Stonehenge, you can retrace your steps to the Thomson Developmental Road then head towards Longreach or if you don’t mind being a little further off the beaten track, the Stonehenge-Warbreccan Road links up to the Winton-Jundah Road which leads you to the dinosaur-stampede attraction Lark Quarry on the way to Winton.
Visitor Information Barcoo Shire Council Phone (within Australia) 07 4658 6900