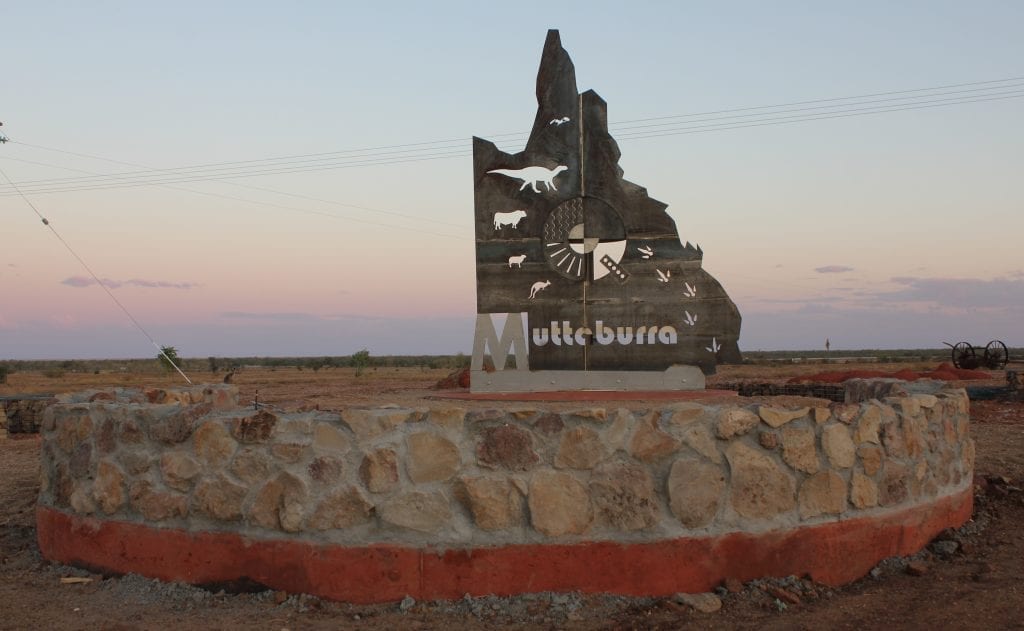 Despite the ongoing drought, Muttaburra people report that the river’s had a good run and has actually been over the bridge for the first time in three years, making it a good year to camp and fish in the district.

Muttaburra is the closest town to the geographical centre of the State, making it officially the heart of Queensland. Travel Muttaburra’s Heritage Trail to uncover some of its history and see the natural attractions of the area. The trail features a cemetery with graves dating back to 1885, the Union Camp where shearers set up a campsite during the great shearers’ strike in 1891 and Union Hole where you can throw in a line and commune with nature.

Do a little fishing in a few other places as well. At the Pump Hole, you might pull in a yellowbelly, black bream or jewfish as you relax in the shade of 100-year-old gumtrees. Also go fishing at Broadwater (about 6km from town), which is popular for skiing, birdwatching, bushwalking and is historically significant as a place where the explorer Landsborough stopped to drink.

Quite a few self-sufficient visitors camp down at the Broadwater for a day or two. It’s a safe spot where you can soak in the peacefulness of being off the beaten track. There are no amenities, so be prepared for bush camping. If you don’t like roughing it, there’s accommodation in town – a motel and a hotel.

Also make the time to go in search of agates on the Longreach Road and see if you can find a few gidgee stones to collect. If fossicking isn’t your thing and you prefer the kind of exercise that requires chasing after a small ball, tee off at the nine-hole golf course and enjoy the experience of playing on its sand greens.

Collect your supplies from the Muttaburra Shop and Fuel. You can buy diesel and unleaded fuel, groceries, fruit and vegetables, hot food and coffee.

The local post office has banking facilities and a laundromat. There is also a primary health centre in town and the aquatic centre is open from September to April. The centre features a 25m pool, spa and a little skatepark. Check with the library for opening hours.

Learn about the Muttaburrasaurus langdoni, a reminder that in 1963 a fossilised dinosaur skeleton (the first of its kind) was found in this region. History of that era and that of a much more recent time can be found at the Dr Arratta Memorial Museum. Originally the town’s hospital, it combines a hospital display and a general museum section. A special section features a 2.4-metre-high dinosaur leg replica, donated to Muttaburra by the Queensland Museum. And of course you won’t be able to miss the Muttaburrasaurus replica in town. 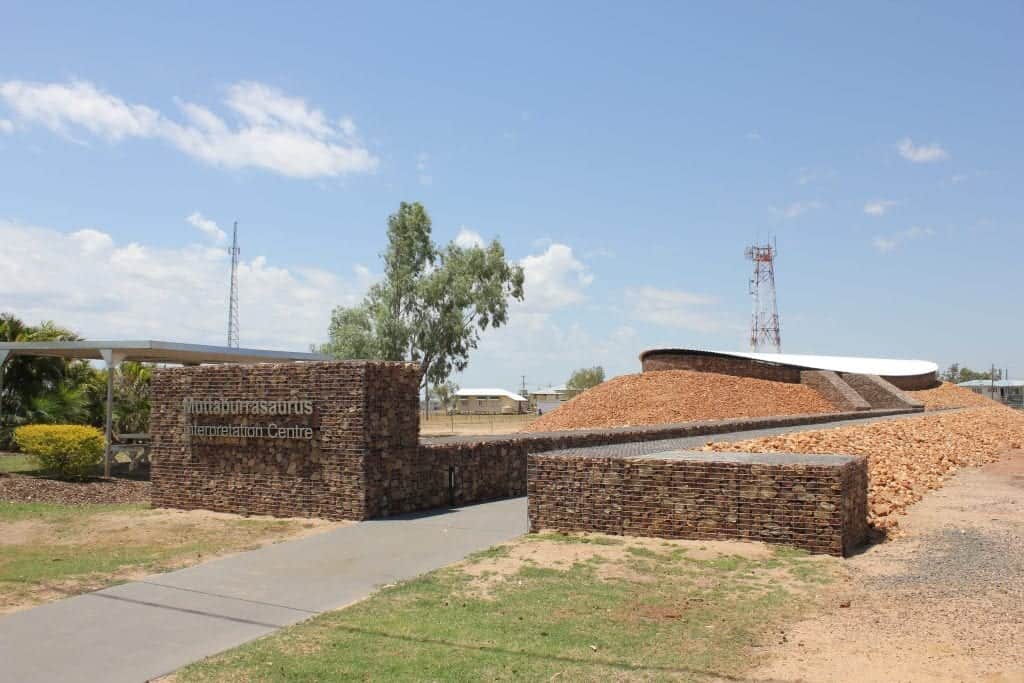 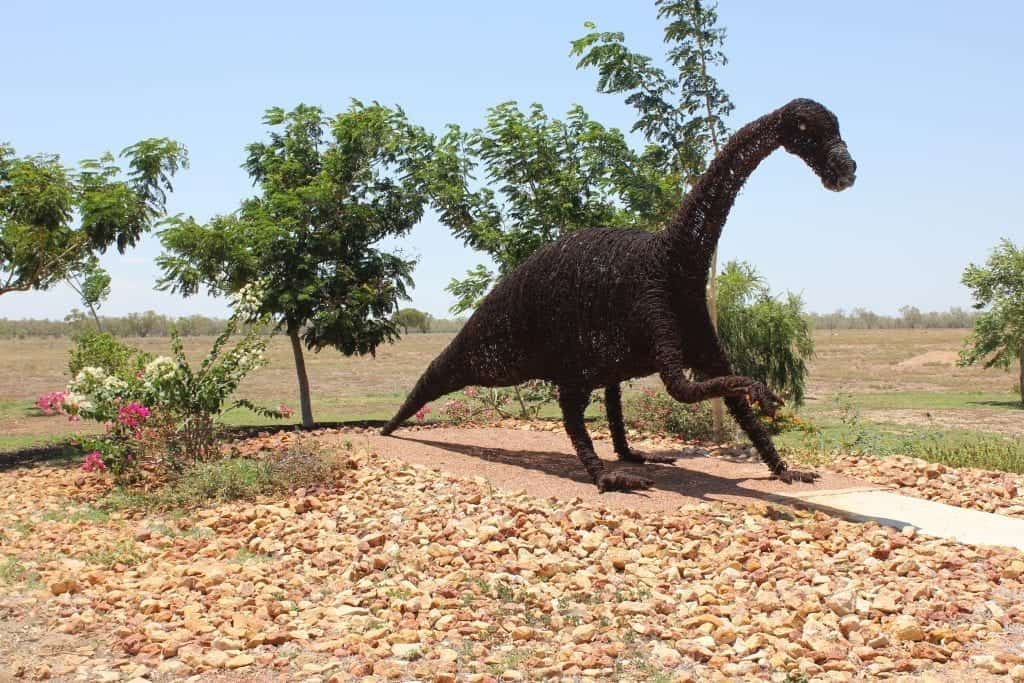 Something else special being preserved in Muttaburra is the Cassamatis Store. Originally run as an emporium early in the 1900s, it has been restored and is now a museum.

Muttaburra has a 5km walkway which circles the town and brings new meaning to the words, artistic exercise. As well as the self-propelling exercise equipment set up at the Aramac Road entrance, the walk rewards you with art on quite a grand scale. Snap a photo of the ‘Shearer-and-Sheep’ artwork at the Longreach entrance to town as you enjoy the ingenuity that artist Andrew Whitehead has brought to bear upon scrap metal. Brilliant life-sized pieces reflect the importance of sheep to the region.

Also see Barb the dinosaur. Collected from kilometres of barbed wire fencing that was no longer needed, the wire is now an amazing piece of artwork which can be seen just opposite the rest area. The art is part of a larger project promoting the region’s heritage. Other sculptures gracing the town include brolgas, a plane, a big chair, a rain tree made from wire and a yellowbelly crafted from shearers’ combs and cutters.

Annual events include the Sheep Show in June (more than half a century old and still going strong!) and the races in August. These are popular events with caravanners, so make sure you’re part of the action this year.