In the old days, if you heard someone saying they were heading ‘back o’ Bourke’ you’d know they were going somewhere out west and pretty isolated but you mightn’t know exactly where. These days, there’s a much more concrete geographical explanation about where they might be going, because you’ll find the Back O’ Bourke nestled on the banks of the Darling River – the Back O’ Bourke Exhibition Centre and Visitor Information Centre, that is.

The centre is one of Bourke’s attractions and tells interactive stories of the riverboats, the grazing industry, the inland sea, the women of the west and even Australian writer and poet Henry Lawson. Lawson is famed for having walked the 230km track between Bourke and Hungerford (on the New South Wales-Queensland border) in the early 1890s, but he also lived in Bourke for a short time.

Open seven days during the peak season, the exhibition centre brings the area’s rich history to life for visitors. A gift shop and coffee shop are part of the complex. It really should be your first port of call.

Speaking of ports, Bourke’s 19th century history was as a busy river port although the township had its origins as a small stockade in the 1830s. So in essence it went from a fort to a port. Once, more than 80 riverboats plied the waterway, carrying wool south for eventual exportation. Get a feel for the river by taking a cruise along the Darling River on the PV Jandra. During the season the paddleboat pulls out at 9.00am and 3.00pm Monday to Saturday from Kidman’s Camp. (The cruises do not operate over summer.)

At the old wharf in town, the historic Crossley engine is started at midday on weekdays during the tourist season – a must for the mechanically minded!

Bourke’s other town attractions include a heritage trail walk and a stockman’s show called the Back O’ Bourke Outback Show. You won’t believe what can be done with horses, working dogs, camels and more!

For delicious slow-cooked meals combined with music, poetry and a few local tales, dine out under the stars at Poetry on a Plate, held at Kidman’s Camp on Tuesday, Thursday and Sunday nights during the season.

Just 5km north of town is the Back O’ Bourke Gallery, which showcases the outback-inspired work of Australian artist Jenny Greentree.

Further afield is Gundabooka National Park, situated about 50km from Bourke. The Gundabooka Range is a place of significance for Aboriginal people of western New South Wales and the dreaming stories of the area are still passed on to this day. Take the Mulgowan Aboriginal Art Site walking track to see rock art ranging in subject from hunting tools to dancers. A picturesque walk is the Little Mountain walking track, which starts at the Dry Tank campground and meanders to the Little Mountain Lookout. See wildflowers in spring.

From woodlands to sandhills, from floodplains to steep and rugged country, the park is home to endangered species of both flora and fauna. There are at least four threatened plant species including shrubs and a rare herb, while threatened mammals include a pied bat, yellow-bellied sheathtail bat and kultarr. Some rare bird species are to be found here as well.

The park itself is made up of an area that was formerly three stations so has a pastoral history and still contains evidence of that era with old homesteads, shearing quarters and yards. Because of this history, the park has not only camping and caravan sites but also shearing quarters and a homestead available for accommodation. The homestead is next to the Darling River in the State Conservation area of the park.

Forty minutes’ drive from Bourke towards Brewarrina brings you to Mount Oxley, famed for its sunsets. Get a permit at the visitor information centre before you go. 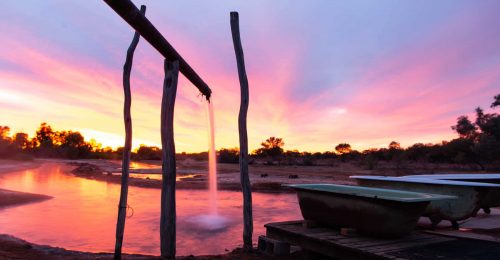 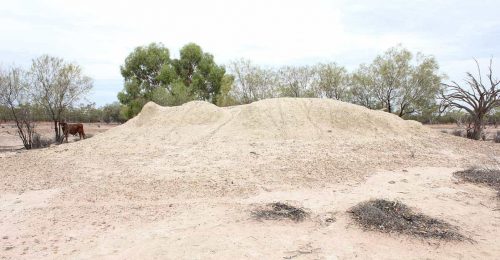 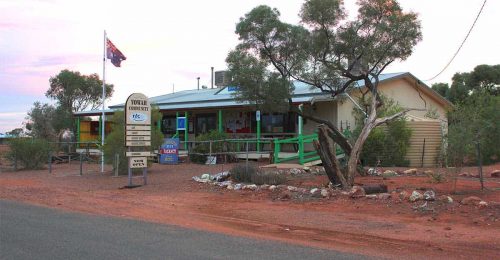